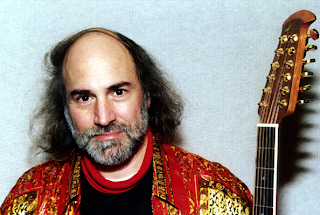 We've asked the inspirational couple Bill & Kay Pere a few questions. Below are Bill's answers! Named one of the "Top 50 Innovators, Groundbreakers, Iconoclasts, and Guiding Lights of the Music Industry" in 2008 by Music Connection Magazine, and a "Hunger Fighting Hero" by Wakefern foods in 2009, it's hard to find an aspect of music that Bill Pere hasn't been involved in. Alongside his prolific songwriting career, Bill is a founding member and President of the Connecticut Songwriters' Association, runs the Connecticut Songwriting Academy, author of Songcrafters' Coloring Book: The Essential Guide to Effective and Successful Songwriting, and Founder and Executive Director of the Local United Network to Combat Hunger (LUNCH). LUNCH features the LUNCH Ensemble, composed both of professional musicians and young students, and was recognized by World Hunger Year in 2005 as "an effective grassroots solution to fighting hunger and poverty."

1) You and your wife, Kay Pere, are both very inspirational figures in all you've done for youth in the US and to combat hunger and poverty. What do you believe makes music a good tool for fighting the world's afflictions and shaping tomorrow's leaders?

Bill: Music and songs have an amazing power to reach people and move them to act. Reaching people's emotions is all well and good, but that alone will not make a difference in our society unless there is some kind of action. Well written songs about important issues can serve as a call to action.

2) How did you first get involved with the IMC, and what made you stay strong supporters?

Bill: I originally heard of IMC when the first one was being planned back in 2003. The Music business was in the throes of a major shift from the old school label-dominated model to the new Indie model, and it seemed like this Conference was the right thing at the right time for educating artists about the new paradigms. As the President of the Connecticut Songwriters Association (www.ctsongs.com), I've been committed to artist development and education for more than 30 years, so I decided to see if it would live up to its promise. The first IMC in Philadelphia was a well run, well attended event and was certainly in keeping with my goals of educating artists about the craft and business of music. As long as the goals of the event remain focused on education, I and my songwriters organization will continue to support it.

3) Why do you consider songwriting, critique, and vocal workshops to be so important?

Bill : Over the years, I've worked with tens of thousands of aspiring songwriters and artists. The obstacle I most often see standing in the way of artists reaching their goals is the lack of education about the business and craft of music. Many artists follow the path of least resistance, that is, to just do what "feels right", and it so often leaves them coming up short as songwriters, performers, and business persons. Songwriting is what produces the products, and performance - primarily vocal performance - is what sells the product. Objective feedback in the form of knowledgeable, constructive critique is the fastest and most foolproof way to refine the skills of producing and marketing quality products. How can any business succeed if its products and marketing are not top-notch? I spent many years researching and writing "Songcrafters' Coloring Book: The Essential Guide to Effective and Successful Songwriting", and since its release in 2009, it has become a widely used 'how-to' reference book (see www.songcrafterscoloringbook.com)

4) You're both incredible musicians in your own right. What led you to the path you're on today?

Bill: I grew up listening to all kinds of music, and started writing and singing original songs when I was 12. It was in college in 1972 that I first heard the songs of Harry Chapin, and it opened a whole new world of viewing songwriting as cinematic storytelling. Then I learned of how Harry Chapin, and his friends, like Pete Seeger, used their music to make meaningful differences in social causes like hunger and the environment. As a child in New York City, I was no stranger to seeing hunger and homelessness, and I always saw my mother extending a helping hand to those in need, so it felt natural for me to try to make a difference in addressing basic human needs through my music. Thus, I founded L.U.N.C.H. (Local United Network to Combat Hunger), and since 1989, we’ve done hundreds of benefit concerts, involving more than 3,000 kids in our shows, and raising more than $1,000,000 for social services. See www.lunchensemble.com

5) Helping others is more than a reward in itself! Still, how can artists benefit from bringing social activism into their music?

Bill: I do workshops and panels at conferences around the country, and I see so many artists for whom the idea of using their music for something other than their own career is a foreign idea. I teach workshops on how to do successful benefit shows, and this has been a well received presentation. It is important for artists to realize two things: (a) whenever they have an audience, they have an opportunity effect changes in they way people think and act, and (b) non-profit does not mean no-profit. It is certainly possible to produce effective benefit events and still be fairly paid for service rendered. An artist can garner far more support from the public and the community when they make an event stand for something larger than themselves. The type of work we do has provided many exceptional opportunities for us, including the chance to perform several times with the members of Harry Chapin's original band.

6) What is one suggestion you have for artists looking for innovative ways to integrate music and action?

Bill: View every time on a stage as an opportunity to reach people's social conscience, giving them substance to think about and a reason to act. Make every event about something more than just you and your music, and you'll find that rewards will follow.

7) Why do you think it's important for Indie artists to attend events like IMC?

Bill: The current music scene is extremely competitive. It is no longer enough to be 'good'. You have to be exceptional. One way to elevate yourself above the crowd of 'good' artists is to be truly knowledgeable about: (a) the craft of songwriting; (b) the music business; and (c) how to present yourself as a professional. IMC is one of the few conferences that places emphasis on education rather than just performing. It is truly a conference, rather than just a "festival".

8) What will you be sharing at the IMC that musicians need to hear?

Bill: I am glad to discuss any topic in detail with any artist who shows a willingness to want to learn. My workshops cover all of the topics I've mentioned above, and I'm available any time at the conference to give constructive critiques of songs, career guidance, business advice, etc. I just returned from a conference in the Nashville area, where I participated on panels with very accomplished music industry pros. They all said the same thing as I indicated above – "Good is not good enough – you have to be exceptional, and you have to know what that means and do what it takes to get there." At IMC, I will be glad to help any serious artists move forward along the path to that goal. I invite conference attendees to visit my website at www.billpere.com to see what questions they might want to ask me.

Thanks to Bill! He's done so many wonderful things, only a fraction could fit into his bio. Don't forget to visit his site - and his talk at the IMC!

Where to Go Next